Commentary on the reading of the day provided by
Saint Gregory of Nyssa (c.335-395),

If God’s gift to the world in sending it his Son is so good, so worthy of God, why did he then defer his gift for so long?

Why, when evil in the world was still in its early stages, did God not cut short its hidden development?

I have time to respond briefly to this objection that it is God’s prevenient Wisdom, the One who is good by nature, who has held back this gift.

Just as with physical illnesses… doctors wait until the disease, which is hidden within the body to begin with, manifests itself without so that he can apply the remedy it needs once it has become visible, so, once the disease of sin had attacked the human race, the world’s Physician waited until no kind of wickedness should remain concealed.

It was when vice had reached its peak and there was no single act of evil that men had not attempted that God set about curing the sore, no longer in its beginnings but in its full development. In this way the divine remedy could extend to every human weakness…

But then, why was the grace of the Gospel not at once extended over all?

True, the divine call is addressed equally to all alike, without distinction of condition, age or race… But he who has the freely disposition of all things within his hands, pushed to the extreme his respect for humankind.

He has permitted each one of us to have our own domain over which we alone are masters: this is the will, the faculty that does not know bondage, which remains free, founded on the autonomy of reason.

Therefore faith is at the free disposition of those who receive the message of the Gospel. 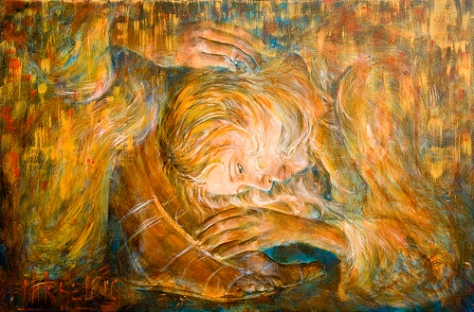 “Jesus said to the crowd: “They will seize and persecute you, they will hand you over to the synagogues and to prisons, and they will have you led before kings and governors because of my name.

It will lead to your giving testimony.

Remember, you are not to prepare your defence beforehand, for I myself shall give you a wisdom in speaking that all your adversaries will be powerless to resist or refute.

You will even be handed over by parents, brothers, relatives, and friends, and they will put some of you to death.

You will be hated by all because of my name, but not a hair on your head will be destroyed.