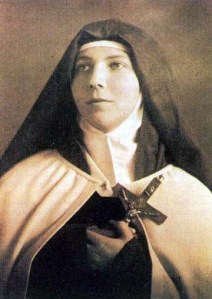 Discalced Carmelite mystic and the first Chilean to be canonized. She was baptized Juanita Fernandez Solar and born in Santiago, Chile on July 13, 1900 into an upper class family. Devoted to Christ from a very young age, she read the autobiography of the French Carmelite nun Thérèse of Lisieux.

The experience had a profound effect on Juanita’s already pious character, coming to the realization she wanted to live for God alone. Her further inspiration for this self-transformation was her upcoming First Communion, which led her to this commitment in an effort to be worthy of what she was to receive.

She entered the Discalced Carmelite monastery at Los Andes on May 7, 1919. There she was given the religious name of Teresa of Jesus. In her journal she wrote; “I am God’s, He created me and is my beginning and my end.”

Toward the end of her short life, Teresa began an apostolate of letter-writing, sharing her thoughts on the spiritual life with many people.

Within a few months of her admission to the Order, however, she contracted typhus, which was diagnosed as fatal.

She was still three months short of her twentieth birthday, and had yet six months to complete her canonical novitiate, so as to be normally able to make her religious vows; nevertheless she was allowed to profess vows in periculo mortis (danger of death).

She thereby died as a professed nun of the Order on April 12, 1920, which fell during Holy Week that year.

Teresa remains popular with the estimated 100,000 pilgrims who visit each year the shrine where her remains are venerated in the Shrine of Saint Teresa of Los Andes in the township of Los Andes, 60 miles (100 km.) from Santiago.

Teresa was beatified by Pope John Paul II in Santiago on April 3, 1987.

Her brother Luis was present at her beatification; he was the last direct relative of hers still alive then.

Six years later, she was canonized by this same pope. 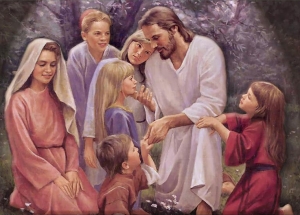 Whoever finds his life will lose it, and whoever loses his life for my sake will find it.

And whoever gives only a cup of cold water to one of these little ones to drink because he is a disciple–amen, I say to you, he will surely not lose his reward.”

When Jesus finished giving these commands to his twelve disciples, he went away from that place to teach and to preach in their towns.” -Matthew 10:34-42.11:1.